The Old Low Light Heritage Centre on North Shields Fish Quay has announced it won’t be re-opening before July.

The centre’s Trustees have decided it will be better in terms of financial viability not to re-open on 17 May which is the first date allowed under the Government’s plan for the gradual lifting of restrictions.

The Trustees explained:
• we are still waiting to hear about some of our applications for grant funding
• we don’t yet know when we might be able to resume at least some of our events and activities, which, of course, boost our finances
• it is likely that when we do re-open, we will still be operating with fewer tables in the café, to ensure social distancing, which means our takings will be down.

However, although the café and galleries will remain closed for the time being, some community groups are being welcomed back into the building for their regular meetings, subject to risk assessments being carried out.
Centre director Guy Moody said: “We know that many of our regular customers are looking forward to visiting us – as we are to be welcoming them back – but we need to plan very carefully and take steps to avoid any big financial losses. As such we are taking a cautious approach.”

The Trustees also recognised that the centre relies heavily on volunteers on a day to day basis and they can’t assume that they will all wish to return as soon as it re-opens. In the coming weeks staff and Trustees will be in touch with volunteers in the to ask how they are feeling about coming back to help.
The Trustees will review the situation at their meeting in early June and will provide a further update.
In the meantime, good progress is being made on a new website which will be launched soon.

Lots of work is also taking place on a new exhibition called That’s Women’s Work about women working past and present on the Fish Quay. Many people have already provided stories and photographs while others have been knitting herring which will form a display. Anyone with information to share for the exhibition, or who would like to knit a herring should email info@oldlowlight.co.uk . Other planned exhibitions include one about the importance and influence of music on the local area’s identity, past and present, and another on historical whaling. 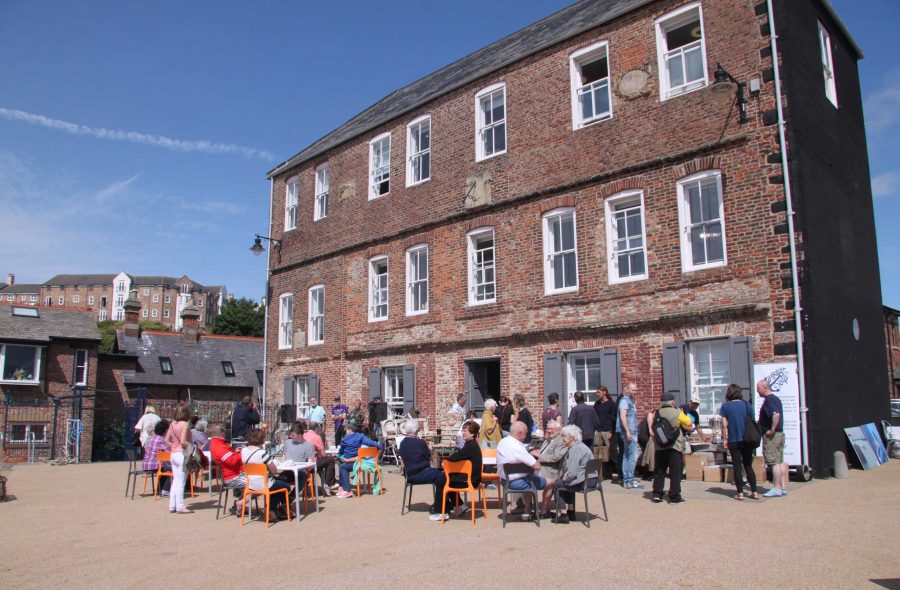 Our Trustees have agreed that the Old Low Light Heritage Centre café and galleries will re-open in late July. 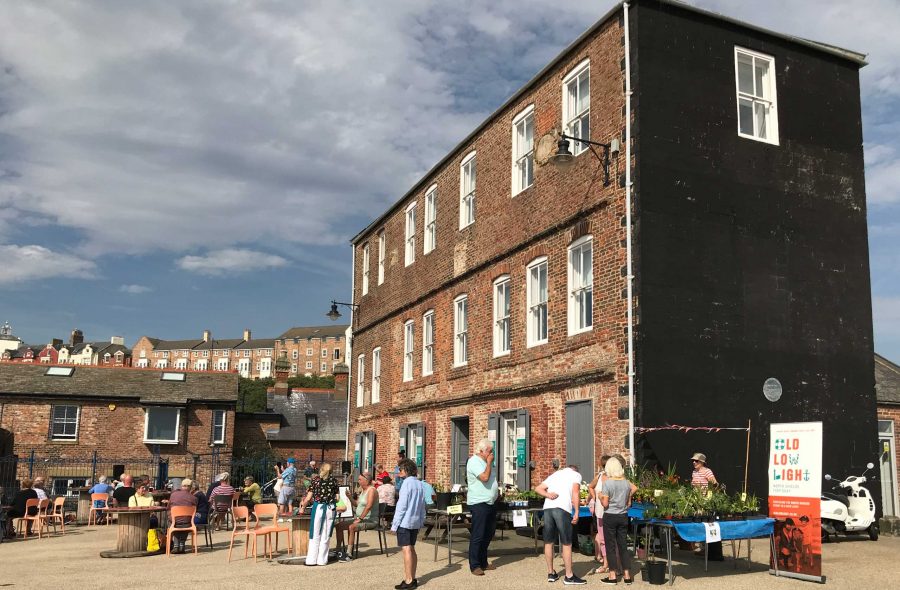 We are very pleased to announce that the café and galleries will re-open on Wednesday 21 July.

The Patches group will be displaying a number of Underground Railroad quilts and providing a demonstration of their craft at the heritage centre on North Shields Fish Quay on Saturday 16 November from 10am to 1pm. Entry is £3 (free to Old Low Light members).