Volunteers from the Old Low Light Heritage Centre on North Shields Fish Quay have won a prestigious award for their Breaking Chains exhibition.

They are winners of the North East regional Marsh Award for Volunteers in Museum Learning 2019, which is run by the British Museum and the Marsh Christian Trust.

In applying for the award – which brings a prize of £500 – they had the show how they had made a difference to the people who visited the heritage centre during 2019. Judges were looking for innovation, dedication and excellence by volunteers who engage the public in museums, galleries and heritage sites.

The Breaking Chains exhibition told the story of how Mary Ann Macham escaped from a plantation in Virginia, eventually arriving in North Shields where she was met and cared for by the Spence family who were Quakers and local business people. After more than 60 years of freedom, she died in 1893 aged 91.

The exhibition which opened at the heritage centre at the beginning of October 2019 and ran until the end of February 2020, also focused on the part played by key local people in campaigns to abolish slavery.

It was supported by several other events involving children from John Spence Community High School, a community choir, one of the country’s leading experts in American History, local historians and a quilting group.

Volunteer Nina Brown, who led the team which developed Breaking Chains, said: “We’ve a great team of volunteers at the Old Low Light, who have a wide range of skills and are passionate about promoting the history and heritage of North Shields and its Fish Quay.

“Researching Breaking Chains was fascinating and we’re delighted that the exhibition and the efforts of our volunteers have been recognised.

“The story of this remarkable woman, her courageous journey to freedom, the kindness of local families who cared for her and the part played by local people in campaigns to abolish slavery, was very well received.

“The exhibition and all the supporting events captured lots of interest and brought many people into the heritage centre for the first time. People told us this was a story they had previously known nothing about.”

Speaking at the online ceremony today (Wednesday 4 November), Sir Richard Lambert, Chairman of the Trustees at the British Museum said: “Museums across the UK rely on the contribution of volunteers to ensure their collections reach and inspire as many people as possible. The efforts of volunteers up and down the country in 2019 are an inspiration as we all continue to navigate the challenges presented to us all in 2020.The Marsh Volunteer Awards recognise the commitment and enthusiasm of volunteers in museums and we are very grateful to the Marsh Christian Trust for acknowledging this work.” 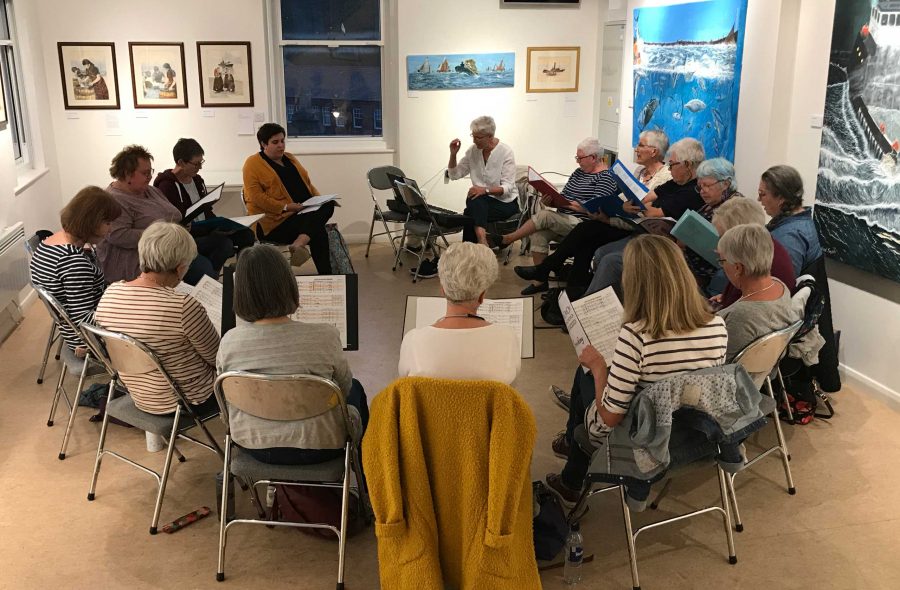 A group of North Tyneside women will present two evenings of music and readings in support of the Breaking Chains exhibition at a heritage centre on North Shields Fish Quay.