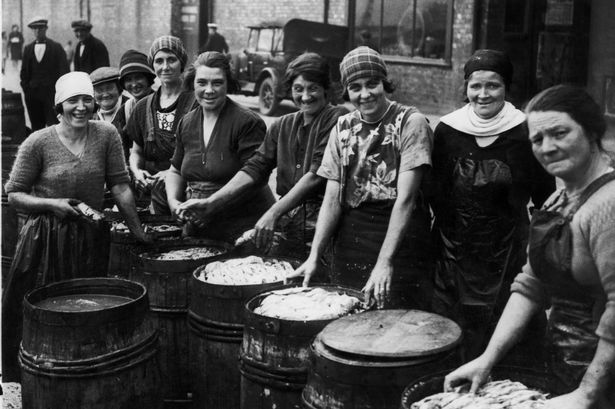 ‘That’s Women’s Work’, an exhibition about the important role of women in fishing and maritime industries over time is now open at the Old Low Light Heritage Centre, North Shields Fish Quay.

The exhibition which will run until the end of the year, looks at the changing roles of women in these industries over the past 150 years. (The centre is currently open to the public Wednesday to Saturday 10am to 3pm.)

The exhibition also includes works by local artists and crafts people such as:

Coordinator of the team of volunteers that researched and curated the exhibition, Nina Brown, said: “The exhibition shows how, over time, women have played an important role in fishing and maritime related industries. We started by researching the fascinating story of women who travelled every year during the herring season from northern Scotland, stopping off at ports along the coast to clean and cure the catch.

“There has also been much interest from local people who have told us about their mothers, grandmothers and great-grandmothers who worked in the fishing industry and who were also the backbone of the family when their husbands were away at sea.

She continued: “Our exhibition shows how women’s roles in these industries have changed, with examples of wide-ranging opportunities available to them today.”

The exhibition, which coincides with the re-opening of the café and galleries at the heritage centre, following closure due to pandemic restrictions, has been funded using money raised by plant sales organised by volunteers.

Nina added: “We are indebted to local people who have supported this exhibition in so many ways over the past year, during lockdowns and periods of restrictions. We look forward to welcoming them to our gallery in the coming weeks and months and sharing stories of these strong, independent and hardworking women.”

‘That’s Women’s Work’, an exhibition about the important role of women in fishing and maritime industries over time is now open at the Old Low Light Heritage Centre, North Shields Fish Quay.