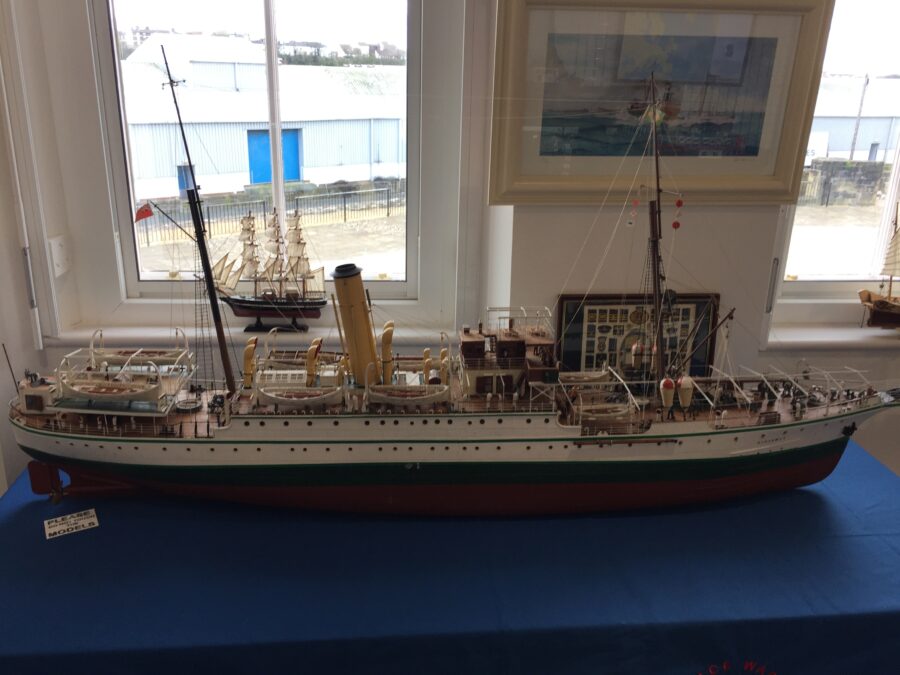 Retired fisherman Brian Chambers will display a selection of his models of boats ranging from a coble to what was once the world’s biggest ocean liner, at the Old Low Light Heritage Centre during the schools’ half term holiday in October.

This will take place on the top floor from Tuesday 25 October to Saturday 29 October, from 10am to 3pm. Entry is £4 (free for Old Low Light and Association of Retired Fishermen members) but this also includes admission to the heritage gallery.

Brian, who lives in North Shields, began making model boats more than 50 years ago, alongside his father, Maurice, who was a fitter and turner in the shipyards.

As a young lad he spent eight years working on deep sea trawlers and when he left the sea, he became a joiner, setting up his own business.

His interest in making model boats has continued throughout his adult life and he now has around 40 models, mainly based on boats built on the Tyne, and made in line with original plans from maritime museums.

During his pop-up show there will be ten on display. The biggest, more than eight feet long, is a model of the RMS Mauretania, built at Swan Hunter’s Shipyard and launched in 1906. For a few years, the Mauretania was the world’s largest ship. Other models on show will include a miniature version of the coble, Boy James, a Cullercoats fishing boat that has been restored by a group of retired fishermen and stands near to the heritage centre.

There will also be models of different types of trawlers. These include a 1920s side winder called the Chris, which belonged to Richard Irvin, a North Shields entrepreneur with worldwide business interests, who is one of the people featured in the current exhibition, ‘Folk who Shaped Shields’ in the heritage gallery. Another will be of the Ranger Castor, built in Lowestoft in 1972 and registered at North Shields but later re-registered at Hull as the Gaul, a deep sea freezer trawler, which tragically sank in 1974 off Norway, with the loss of all 36 crew, including six from North Shields.

There will also be a model of the battleship HMS Nelson, built on the Tyne for the Royal Navy in 1925.

Brian, who has been on the model boat committee at Tynemouth Boating Lake for ten years, said: “My models are all radio controlled and can sail. They are mainly based on ships built on the Tyne which means I have had a massive choice and I always work exactly to the original plans which I buy from maritime museums.”

At the show Brian will be supported by fellow members of the Association of Retired Fishermen and the Boy James Restoration Group who will be on hand to answer questions about the boats on display.