Horizons – Talk about an arts project inspired by Cullercoats fisherwomen 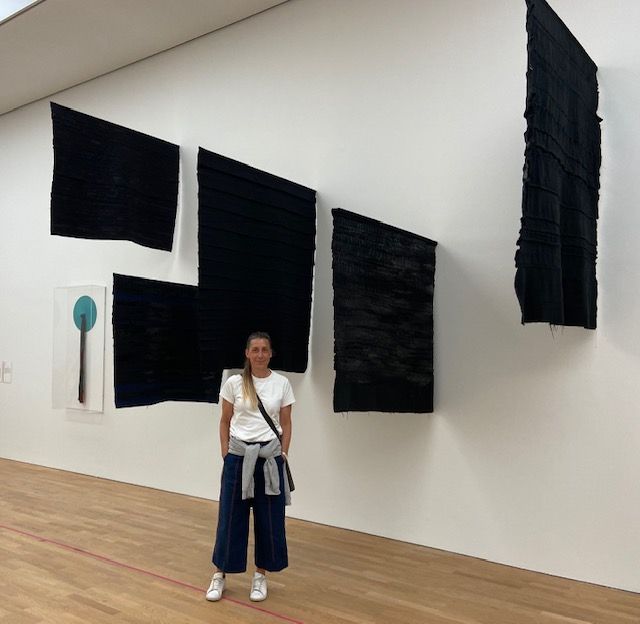 Horizons, an arts project inspired by the traditional clothing of Cullercoats fisherwomen is the focus of a talk at the Old Low Light Heritage Centre on North Shields fish quay later this month.

North Tyneside artist Penny Payne will explain her project about the role of women in the fishing industry on the North East coast., in conversation with Helen Welford, Assistant Curator at MIMA (Middlesbrough Institute of Modern Art) on Saturday 23 October at 11am. Horizons includes the creation of banners symbolising the pleated skirts worn by Cullercoats fisherwomen in the late 1800s. Some of the banners will be available to view. Tickets for Penny’s talk are £4pp (Old Low Light members free) and can be booked online through the button above.

Through the conversation with Helen Welford, Penny will explain the inspiration behind Horizons, how the project has unfolded and evolved over the past two years, including how the banners have been pleated and stitched by 30 individual women from all over the country, including locally, and how she then finishes them off.

“My interest in women involved in the fishing industry on the North East coast was sparked when I came across pictures of the women wearing traditional dress, particularly those from Cullercoats. They wore a “uniform” which included a heavy blue or black woollen skirt which was heavily pleated, but these pleats varied in quantity which gave a sense of individuality and autonomy within this close-knit collective,” she said.

“As in many industries, the role of women in fishing was a powerful one. They were the backbone of the community and the family home while working long hours in harsh working environments. The project highlights the marginalisation of these women and considers their collective strength.”

She will explain how her project will culminate in December, when 30 women will walk out on to Cullercoats beach to the edge of the sea at sunrise and will raise the banners to block out the horizon.

Penny’s talk is part of a programme of events supporting the Old Low Light’s current exhibition, “That’s Women’s Work”, which is about the role of women in fishing and maritime industries over time.