Highlights from exhibitions spanning the past seven years.

10am to 3pm daily. Room is a multi use space, please check in advance. 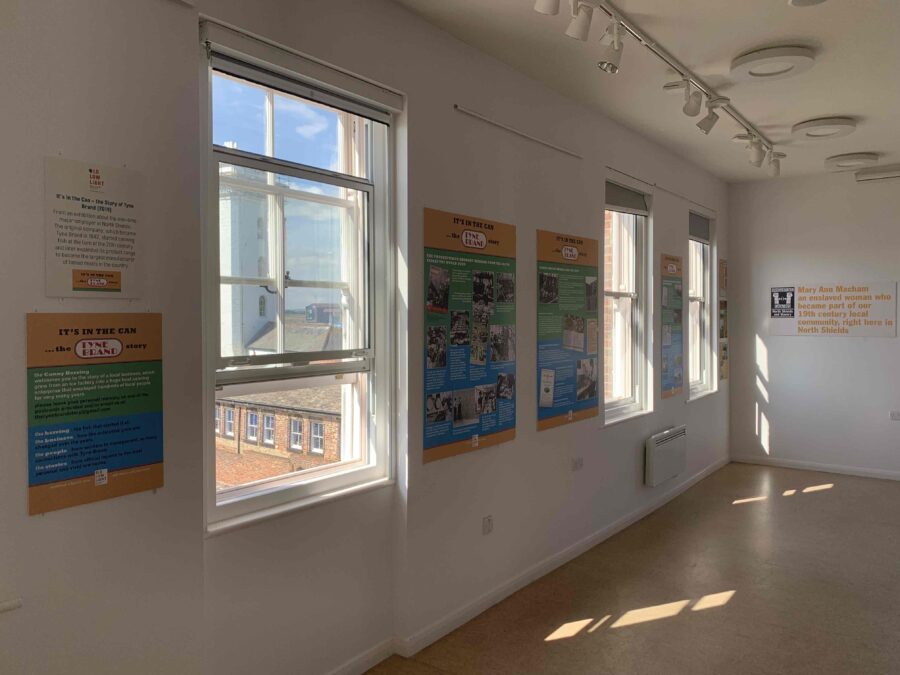 The new display is on the top floor and includes a selection of display boards from a range of previous exhibitions telling stories about the fish quay, river, town and people who have lived and worked in North Shields, including:

Centre director, Guy Moody said: “Our previous exhibitions have been very popular and this new display of highlights provides another opportunity for people to view some of the stories we have told about the fish quay, river, town and people who have lived and worked here.”

The centre is open Tuesday to Saturday from 10am to 3pm. Entry to the exhibition floors is £4pp (members and children under 16 free). This includes admission to the top floor to see this display and also to the heritage gallery where visitors can view the current exhibition ‘Folk who Shaped Shields’ which focuses on the contributions to the town of four inspirational people – John Dobson, John Foster Spence, Richard Irvin and Sir James Knott – and a display ‘Deeds not Words’ about the life and achievements of suffragette, Norah Balls.